The price of Bitcoin has hit a new record, approaching the $ 50,000 mark. Its value is growing as more and more institutes introduce financial products related to this cryptocurrency. Tesla recently announced an option to pay with Bitcoin.

On Friday, the Canadian Securities Commission of Ontario approved the launch of an equity fund that will invest in cryptocurrency - dedicated to the Bitcoin ETF. On Thursday, the Bank of New York Mellon announced the creation of a new division dedicated to servicing digital assets. "BNY Mellon is the first global bank to announce an integrated digital asset service," said Roman Regelman, general manager of Asset Services at BNY Mellon. Tesla has invested about $ 1.5 billion in Bitcoin.

Elon Musk said payments in this cryptocurrency will be accepted in the near future - including in cars. Mastercard should also handle cryptocurrency payments on its network. The company said digital assets are becoming an increasingly important part of the payment world. The system of these operations can function without central commercial management. Its creator is a person under the pseudonym Satoshi Nakamoto. The second most popular cryptocurrency is etherium. Bitcoin's little brother ”is called Litecoin. Cryptocurrency is digital money that was created with an algorithm outside of the traditional banking and government system that was used in the 17th century. 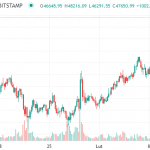 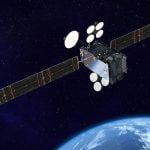