Subscribe if you like, there will be more of it and other remixes will be there and stuff.

Don Kasjo drama with Sylwester Wardęga, you know these things. A parody of the interview with Super Express at Fame MMA 11 after the conference or weigh-in, which said that there was something Norman Parke and Borys Mańkowski, something Marcin Wrzosek and in general Popo, Mixer, Dubiel, Amadeusz Ferrari and the other from with a similar name Danny Ferreri, or somehow these singers, disco polo rappers Filipek, Smolasty, Nice Pan and I don't remember any more, and well this Boxdel was supposed to be pouring with Maximally, but it did not work out because his hand hurt and he writes so that it was displayed more, oh, I forgot that Wojtek from Wip Bros. was still Malczyński and the end. yo. 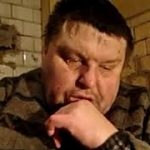 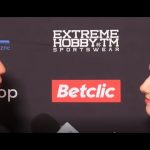