Cary Anthony Stayner is an American serial killer who murdered four women in Mariposa County, California between February and July 1999. Known as the "Yosemite Killer," he murdered his victims by strangling or slitting their throats. When he was 11, his brother Steven was kidnapped by convicted sex offender Kenneth Parnell and remained missing for the next seven years.

Cary grew up believing his parents had neglected him out of grief over the loss of his younger son. He also alleged that he was sexually abused as a child by one of his uncles. In 1997, he began working as a motel handyman in El Portal. Following the discovery of the remains of his first three victims, the first suspicion fell on Stayner, even though he was one of the employees of Cedar Lodge where the victims were held prior to their death.

However, when the murder of his fourth victim was linked to a car that was tied to him, he was detained by the police and charged with four counts of first degree murder. Ultimately convicted in all respects, he was sentenced to death in December 2002. 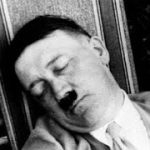 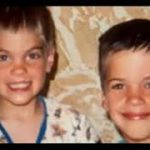