Secrets of the Vatican

In light of the surfacing sexual scandals involving high-ranking clergymen, more and more people are wondering what else is hidden behind its walls in the Vatican.

Some secrets have never been specially hidden - they are rather curiosities that hardly anyone is aware of. Unfortunately, the "surprises" do not end there. After the TVN report broadcast at the beginning of November 2020, entitled "Don Stanislao" blamed a number of facts on the Polish cardinal, Stanisław Dziwisz. According to the account, he was supposed not only to know about pedophilia among high-ranking clergymen, but also to cover it up. The cardinal has denied the reports, but a recent Vatican report indicates otherwise.

Pedophilia in the church it is a topic that is slowly becoming less of a mystery. It turns out, however, that there were situations in which the Vatican knew perfectly well about crimes committed not only by rank-and-file priests, but even by archbishops or cardinals - such as Theodore McCarrick. The latter was elevated to cardinal dignity by none other than John Paul II.

The second high-profile case was related to the late Maciel Degollado. The clergyman was accused of sexually abusing minor members of the Legion of Christ he founded. His crimes were confirmed by the Vatican.

Thanks to the TVN24 report "Don Stanislao" broadcast at the beginning of November 2020, new facts about Cardinal Dziwisz came to light. Despite the clergyman's denials, it was reported that the cardinal knew about the pedophilic crimes and was also supposed to cover them up - including the two described above. Everything indicates that John Paul II was aware of the situation and the charges against McCarrick. 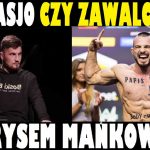 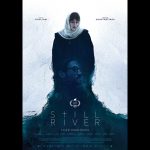