TVK TVKononowicz channel :) https://www.youtube.com/channel/UCHyvObViR_N1NVLV2Zd6HUQ subscribe because videos will be transferred there, e.g. from the channel http://YouTube.com/iBialystok

https://www.bialystok.pl/pl/wiadomosci/aktualnosci/porawodmy-o-lotnisku-krywlany.html Why the "debate" about the "pseudolotnisko" was intentionally organized only for 5 "friends" in a way that prevented all interested parties from participating and speaking ? Constitution Art. 54. Principle of freedom of opinion 1. Everyone shall be guaranteed the freedom to express their views and to obtain and disseminate information. Why does the same airport in Suwałki really work and cost PLN 20 million and in Białystok it cost twice as much, PLN 40 million? Why has no company co-financed the construction, such as in Suwałki, with half of the necessary amount? https://ibialystok.blogspot.com/2020/09/lotnisko.html And the biggest "aviation obstacles" is not the Solnicki forest (30 ha of which, under the guise of an "airport", can go to the Church, at the beginning to the cemetery, and after 20 years as very attractive areas in the city near the economic zone) but the Municipal Stadium and the District Court. Where would it make sense to connect with Białystok, if in 2 hours for PLN 30 you can be a train at the largest airport in Poland, Warsaw Okęcie? Wouldn't it be better to sell or lease the airport grounds for companies that would pay taxes in Białystok and flee Białystok, and for the money raised to build a short belt in e.g. Topolany near Michałów, where there is a large reserve of the State Treasury land and the possibility of expanding the belt to the required length of 2.5 km for a real airport, there is no such possibility in Białystok, and the pseudo-airport blocks the city's development by limiting development, limited use zones, noise? Everywhere in the world, airports are built outside cities.

How much did the campaign to prepare the printing and distribution of the information bulletin of the City Hall No. 1 (1) April 2021 Bialystok.pl #OdkryjBialystok, is it a press title registered in the Court? Why

How much did the campaign to prepare the printing and distribution of the "free information bulletin of the Municipal Office No. 1 (1) April 2021 Bialystok.pl #OdkryjBialystok" cost? Is it a press title registered in the Court? Why is it outdated information about the date of the debate: 12 o'clock is given, while on https://www.bialystok.pl/pl/wiadomosci/aktualnosci/porozmawmy-o-lotnisku-krywlany.html 11 am?

Why is the photo on the cover misleading by showing a cruise plane for several hundred passengers, since such planes cannot and will never be able to depart from the airport in Białystok due to the inability to extend the runway to 2.5 km? Why is the title "The only chance at the airport for Białystok" misleading?

Why is the City of Białystok against the law blocking the possibility of asking questions on Facebook for https://www.facebook.com/rafal.kosno.zielony/, not sending press releases to the address FZBIALYSTOK@GMAIL.COM?

Why does the vice-president of Białystok, Rafał Rudnicki: steal a journalist's phone, have the recording deleted, destroy the equipment? http://ibialystok.blogspot.com/2020/05/wiceprezydent.html recording! https://youtu.be/iP4cJU3zGM0 The Press Law Act Art. 43. Whoever uses violence or an unlawful threat to force a journalist to refrain from publishing a press material or to refrain from intervening in the press - shall be punishable by imprisonment of up to 3 years. Art. 44.1 Whoever hinders or suppresses press criticism - shall be subject to a fine or the penalty of restriction of liberty

Crazy wildcat at the ZOO in Białystok runs around (ZOOPSYCHOSIS)?

And in the ZOO in Białystok there is not a single wild boar left, an empty enclosure, all of them died out?

o Zoo in Białystok https://youtu.be/KQme80YhyHo Białystok Akcent ZOO should not tire wild animals, because there is not enough space for runs in the city. This type of city zoo can show domesticated animals, such as goats, donkeys, child-friendly, contact, strokable, etc., but unfortunately there are species that the zoo will never create natural conditions, e.g. fox, bear, wolf, rye, wildcat, etc. which in nature travel several kilometers every day, will always have too little space, hence zoopsychosis like spinning in a circle behind your own tail, self-mutilation, hair chewing, etc. 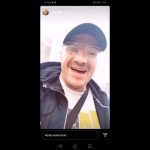 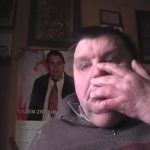