The sixth part of the famous saga of a young wizard

The main character, Harry Potter, together with his friends - Ron Weasley and Hermione Granger, begin another, sixth year of study at Hogwarts - the School of Witchcraft and Wizardry. One day, during a potions class, the hero gets a mysterious book of potions, once belonging to the Half-Blood Prince.

Lord Voldemort tightens its ominous noose around the world of Muggles and wizards, and Hogwarts is no longer - as before - a safe haven. Harry suspects that danger may be lurking in the castle itself, but Dumbledore is more concerned with preparing him for the final showdown which he believes will come soon.

Hogwarts may never be the same again

With Lord Voldemort's rebirth, the world of magic grows darker. Harry Potter starts learning witchcraft at Hogwarts as every year. By chance, an old potions textbook, once belonging to the Half-Blood Prince, falls into his hands. In addition, the young wizard has a mysterious mystery of horcruxes and Malfoy's suspicious behavior to solve. Together with the school principal, he goes on trips to the Pensieve, which aim to bring closer Tom Riddle's childhood and show the life of his mother. 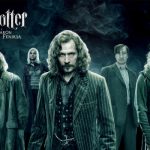 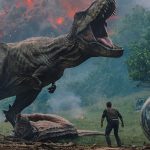