CBD stands for "cannabidiol" and is located in hemp plants . There are currently 113 known cannabinoids, each of which plays a role in endocannabinoid system

It's a non-psychoactive compound, meaning people don't get high from taking it. Proponents respect the relationship for its wide range of medical benefits, including treating Dravet syndrome and Lennox-Gastaut syndrome. Although the Food and Drug Administration (FDA) does not regulate the purity or safety of substances, CBD is considered safe.

The most effective way to obtain CBD is through carbon dioxide extraction. The expensive method uses carbon dioxide to separate the oil from the plant matter. The combination of a high pressure and low temperature environment maximizes the amount of CBD that is extracted during the process.

As with other methods, the entire hemp plant is used for extraction. Producers can extract the relationship from the stem, stem, leaves, and flowers of the cannabis plant. The resulting compound influences the endocannabinoid system with countless benefits.

What is the endocannabinoid system?

The endocannabinoid system is a complex biological system in the human body. Medical scientists discovered it in the 1990s, but much is still unknown about how it works and how it interacts. Today, experts know that it affects several major processes including appetite, sleep, mood, and memory, but there's more to be discovered.

The endocannabinoid system is made up of three components: receptors, enzymes, and endocannabinoids. These parts work whether someone is using CBD or not.

What are the receptors in our body?

Receptors exist throughout the body and are the substance with which endocannabinoids bind;

Enzymes come in many forms, but only two types of enzymes break down endocannabinoids; and

Understanding how CBD works is all about exploring the relationship between receptors and endocannabinoids.

After the breakdown of enzymes - cannabinoids, endocannabinoids try to bind to receptors. Scientists believe that CBD does not bind directly to the receptor, but somehow affects it. By activating these receptors, you get many of the health benefits that people associate with the compound.

CBD can also affect non-cannabinoid receptors. According to Teaer Roland of Lotus Health, CBD modulates the serotonin receptor 5ht, which can treat psychotic disorders. It can also affect the TRPV1 receptor, which is responsible for pain and inflammation.

The non-psychoactive properties of CBD make it ideal for therapeutic applications.

In addition to treating many forms of epilepsy, CBD is also effective in treating anxiety, stress, depression, and physical ailments. There is also no shortage of studies supporting these claims.

For example, one study links CBD to reducing heart disease like heart attacks and strokes. Another short-term study found that the dose of the compound reduced patients' appetite. There are also many researchers who have shown a link between CBD and treating PTSD symptoms such as negative memories, anxiety, and nightmares.

CBD also plays a significant role in pain relief. When CBD affects TRPV1, it effectively blocks pain signals from reaching the rest of the body. The application provides relief from pain, swelling and discomfort.

CBD has become an essential part of the marijuana medical community. The government's stance on CBD is ambiguous as it tries to determine whether cannabidiol comes from marijuana or hemp.

One of the critical turning points in the legality of CBD is the 2018 Agriculture Act. Federal legislation says that a plant containing 0.3% or less of THC is "industrial hemp" in the eyes of the government. If a plant is above this limit, the government believes it is marijuana and restricts its trade.

Most of the CBD comes from Colorado, Oregon, and Kentucky with additional shipments from overseas. People who have never purchased CBD should consider the form, source, health claims, and ingredients.

Conclusions: CBD is one of the many cannabinoids found in the cannabis plant. The compound has a wide range of potential benefits, especially helpful for stress, anxiety, depression, epilepsy, pain and inflammation. 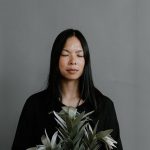 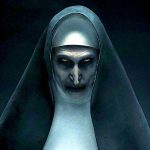